Outstanding Contribution to the Industry

“Over more than 30 years, Carwyn has brought so much to the sector and has been pivotal in making the SQP channel work” 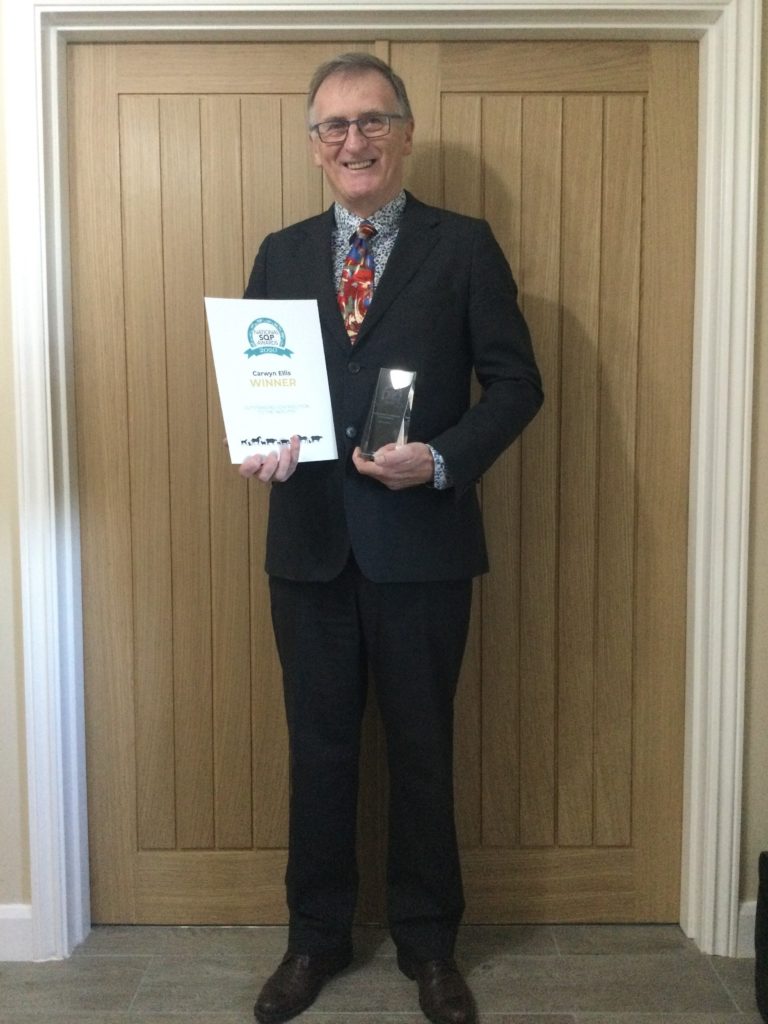 Carwyn Ellis is well known in the industry. He retired from his position as head of animal welfare, production and veterinary science at Harper Adams University in 2019.

He said: “I was totally surprised to win the award – obviously, I feel honoured.”

An agricultural graduate from the University of Wales in Bangor, Mr Ellis was appointed as a lecturer in nutrition and breeding at Harper Adams University in 1985 and soon after his arrival, he started teaching on what was then known as the Animal Health Trade Association Group (AHTAG) course – the pre-cursor of the AMTRA programme.

Mr Ellis said: “The AHTAG course was done mostly during the summer holidays and over 10 years, I was a lecturer in animal science at Harper Adams and I started doing a little bit of teaching of animal health.

“As time went by, I increased my involvement with AHTAG, delivering courses for about 20 years until 2005, when the new regulations came in. Since 2005 and my retirement, I am still marking. I have marked every single SQP that has qualified, not on all of the papers, but the legislation element.”

Mr Ellis was also pivotal in the establishing the Level 5 qualification. “I felt that, having been involved with a lot of people who had gone through their SQP CPD, there were lots of people operating at a level much above the qualification,” he said. “Their knowledge and experience and ability to apply that was far higher than the level 4 would signify. Level 5 was an appropriate level for people to be assessed at and recognised at. Level 5 really comes from second year degree level – not graduate level, but halfway through a degree programme.”